My First Time: Navigating a Racist Experience in Norway

The very first time I felt the full-fledged traumatic effects of racism was in Norway, in 2017. I went to Norway for a training course for a month. My fellow trainees and I were lodged at Vika, Oslo Central, which was a pretty decent area from what I was told. So, on one fateful afternoon my fellow African trainees and I went to explore Aker Brygge. On that day, we felt like kids once again. Laughing, dancing, singing, taking countless selfies and striking very interesting poses with the fresh water breeze blowing through our hairs and clothing. It was pure bliss.

Little did I know, the joyous moment would be abruptly interrupted and quickly escalate to become the most scarring, most heart-wrenching, most macabre and most gruesome day of my life. From what I recall, at Aker Brygge, there is a broad walkway with little restaurants and cafes on both sides of the walking street. On this day, the restaurants/shops were on my left side (if I remember correctly). The restaurants and cafes had seat-out options so those seated outside as well as passers-by saw and heard up-close and first-hand what transpired. A slight and tattered middle-aged white man began to make animalistic sounds at us. To be more specific, he was making monkey-screeching and gibberish sounds at us; whilst simultaneously hitting the sides of his belly and chest (like King Kong would do) and laughing all at the same time. I stopped walking and gave him the ‘look’ and the ‘death stare’ but that only prompted the intensity of his performance.

It became so embarrassing because at this point people were staring. Why on earth were they just staring? No one did or said anything! It is not okay to just watch! You are then taken to be enablers and perpetrators of this generational and systematic abuse! I do not speak Norsk. Why couldn’t a Norwegian tell him off in the language he best understood that his behaviour was both wrong and unacceptable! He carried on doing this for a good 5 minutes.

Instantly, I felt as though time and space became static. Time and space froze, I was lost into a different dimension, my head spiralling because my brain and entire senses could not fathom what had happened, my heart was beating and racing so fast because of the high impact of the shock, this same heart shattered into a thousand pieces pierced by the world’s thickest and sharpest sword, simply because I had never personally experience man’s degrading and belittling inhumanity to man. I started panting almost uncontrollably because the experience drained me to the point that I ran out of breath, my vision was completely blurred and then I just became numb. I couldn’t move even though my friend kept shouting ‘NANMA LET’S LEAVE THIS PLACE!’. I wanted to move, but just couldn’t. I felt like fainting because the rush and blend of emotions and nervous signals were just disruptive for my system to handle at that point. For about five minutes this guy went on but to me it felt like an unjust and unfair life sentence for a crime I didn’t even commit.  Two years later, as I am seated at my office desk typing this, goose bumps have just surfaced all over, the chills from that day have been re-invited, the memory is still so fresh I can almost touch it and I actually can’t believe it all still. Two years later, I am still feeling this way, so I’ll let you imagine how I felt at the heat of the moment. I was angry, sad, shocked, drained, nauseous, abused and stripped off my fundamental rights as a human being,  it was psychological warfare. I don’t wish that experience on anyone… not even on my enemies.

Figuratively, I was on a ship, standing behind the railings and because I look different, another human being straps both my feet with the heaviest anchor and pushes me into the ocean. Everyone sees what this person has done, but they do nothing to save me. They just watch. No help, no action, no words, no nothing. I try to scream but no can’t make a sound and I begin to drown, I begin to feel the need to disappear.

Human beings are different and respond to situations differently. Someone else who was on the receiving end of this could have just brushed it off and kept it going, another could have been physical with a well-deserved punch and another could be like me. So, I recall my fellow trainee saying to me (after I had managed to gather enough momentum to take my first step) “maybe he is mentally deranged…” (y’now… wanting to be in denial of what had just happened). My immediate response was “no honey, oh HELL NAWW”. That was definitely a direct, targeted and fresh out of the oven racial discrimination, emotional and psychological abuse and display of supremacy in its crudest form. What a shame. The fact that he could do this makes him feel that he is better than I am and more superior than I am because of his skin colour.

Who Constructed Skin Colour to Be the Yardstick of Measuring the Value and Worthiness af an Actual Living and Breathing Human Being?

I remember reporting the case to our trainers the next day, still reeling from the trauma and deep down, wishing I had dreamt it, that it had not happened in real life. She did say she was sorry on his behalf, but she should have really just ended it at that. But no, she had to justify it “but that’s really uncommon”. She proceeds to ask one of her Middle-Eastern colleagues if he has ever encountered a racist experience (but that was not the point, or what I needed to hear). Then she went on to justify:

“You know the neighbourhood you are residing in is populated with traditional and conservative people that are far right in their political ideologies, elitist and do not commonly see non-Norwegians around.”

I asked myself, ‘did she just try to rationalise this sick act?’ My brain spins another 360 degrees and I begin drawing mental parallels of her and less than stellar people across history.

At that point, I was honestly emotionally and physically exhausted and ready to go home. I had such a shitty experience. And now, I’m so tempted to go into the details of the actual training program (which was the purpose of my trip in the first place). I think I will save the details for another day. Actually, no, let me sum it up. We were basically like a group of Africans that were exploited. An entire scam scheme. Perhaps we were taken to be slaves. We were meant to be given ‘diplomas’ for a professional training and for the first three of the four weeks I attended the program, instead of take on innovative business cases, I sliced onions (literally), arranged chairs and helped set up their events. By the beginning of the fourth week, when we had had enough, and complained even more strongly, they began a crash course on the actual content of the training that was sold to us. A training in which we paid a couple thousands of dollars for.

Perhaps, as a virtue of my privilege, I have never felt less than human, until my experience in Norway. Similarly, I have never felt a need to assert any of my privileges, but on that day, after I had gotten my bearings, I wanted to scream it in defence so everyone, every enabling bystander, could hear. So my next paragraph is not a brag, but I want you to also understand my shock when privilege, access and confidence is demolished by racism ad for a while, my experience dismissed everything I was, have experienced and achieved. It equated and reduced me to being worthless. As it turned out, I was not immune to the effects of hate and bigotry. It was a wake-up call.

I consider myself a privileged individual of pure African descent, born into an institution that instilled an un-besmirched value in me. Well-exposed, well-travelled, and well educated. I played the snare drums in High School, was the Javelin, Discus and a basketball player for my house at Inter-house sports, a chorister in the school choir, a lector and a dancer too! I am an all-rounder. I went to very expensive international private schools from elementary school level (Nigeria) for O-levels (Nigeria) and A-Levels (United Kingdom) and graduated from the University of Warwick, UK. Yup, that’s right, a Russell Group University ranking number 4 in the United Kingdom league tables. I studied Politics and International Relations and I am currently working on gaining admission to an Ivy League University for my Masters. I am also American by birth and I am currently on my second job at the United Nations.  So, I consider myself both extremely privileged and a global citizen to a large extent. I am grateful for the enabling capital I was born into and owe my gratitude to God. My outstanding character, my merit, my talents earned me my many accomplishments and awards till date. Moreover, my father largely invests in the Norwegian markets, in Norwegian start-ups and in Norwegian stocks. He is contributing to the Norwegian circular flow of capital and technological growth.

Having knowledge of and the ability to empathise with people who have experienced racism is one thing, and being able to deal when it is directed at you is another thing. In many ways, I thought I was untouchable. That my privilege, education and worldly exposure had prepared me to push back. Nothing could pierce my thick skin. But I was wrong.

Since that tragic day, I began championing ‘Black Excellence’ at every given opportunity and at every motivational speech I made. For me, it was a way to heal and reclaim my self-worth. And for every black, brown, minority or white person reading this, who in some form has faced a dehumanising trauma, hear this: my wish for you is that you will continue to be outstanding at everything you do because apart from your incredible endowments and talents inherent and peculiar to your unique make-up and ability for resilience; it’s only natural that when forces that try to break us don’t succeed; we become stronger.

And if you read this and this does not ring familiar to you, know that my experience is not an exaggeration. My trauma is real, I felt it then, as I feel it now. That experience has made me vow to never visit Norway. It was hard enough to relive and write this blog. Why would I want to revisit a country that reminds me of the most tragic emotional event of my existence? What a shame that my first racist encounter was in the world’s happiest country.

What a disgusting ordeal!
It is our loss that you never will return. 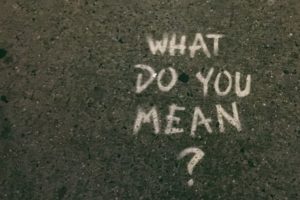 Some time ago, while exploring my possibilities of taking a paid language course for the Summer, because I am here 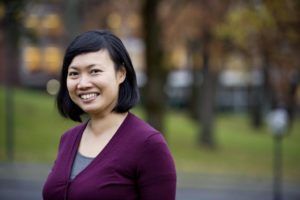 Women should be celebrated every second, minute and day. For their work, contribution to society and role of nurturing the 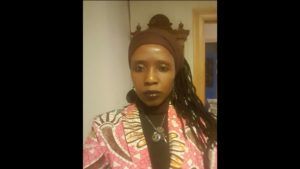 Sarifa Moola-Nernæs is an academic, African feminist, businesswoman, Ubuntu Life Coach and Speaker. She also works as a consultant at