That Log in Your Eyes – On Diversity and Inclusion

I recently had an interesting conversation with a man on diversity, integration and inclusion – especially as it relates to immigrants and natives in Norway. He stated (I paraphrase) that both groups, speak equally about integration and inclusion but never really live by example. The question he usually asks people is: what are you doing on your own, in your life, to move this forward? So, for example, for those advocating inclusion as one of their company’s mandate, he’d ask them what they were doing in their daily lives to support an inclusive environment and community. He contends that many people cannot answer this question when directed at them.

I should say that I found his argument compelling, and my conversation with him and a riveting book I recently picked up at the bookstore by June Sarpong, called “Diversify” (coincidentally, the namesake of this experience sharing platform) has thus reinforced my writing this blog.

Over the past few days, I have pondered and written on different half-finished blog topics. This one in particular took some time because I figured I had to analyze my own inherent bias and ‘isms.’ But I was determined to complete it.

So, the next paragraph describes one of the many areas in my life where I need to put in the work.

I consider myself to be quite liberal, whilst I endeavor to be circumspect in all that I do – including how I form my opinions and retain new or discard old values. After spending the past three weeks introspecting and evaluating my own biases, I now accept that my liberalism also comes with a self-righteousness that I must rid myself of. Herein, I sometimes struggle and have little patience to listen to people who have considerably different views from me on topics I consider imperative for human existence. For example, I often immediately write off people who at first listen or sight come off as Islamophobic, homophobic, racist or sexist. In my view, I did not want to taint my ‘pure mind’ with whatever bigoted nonsense they had to say. However, only when I had been “forced” to remain in the same room with and listen to someone I had prejudged as the ‘other,’ did I find a new perspective. As it turned out, sometimes they indeed supported bigoted views and other times, they just expressed their fears and concerns in less articulate and diplomatic ways. In every case, I learned something new, for better and for worse. And while I have identified this smug and unyielding trait in myself, it is not very easy to let go of. Therefore, I am working steadfastly to change my innate reaction to these situations – which is to go as far away from them as possible. I am making a conscious effort to put myself in rooms with people with ‘other’ views. I am listening, I am sitting it out, I am learning, I am understanding, and I am changing my mind.

“If you never change your mind, why have one?” Edward de Bono

You see, it’s very easy for us to hold on to what we care about – our values, norms, culture, way of life – and consequently, we fight unyieldingly to defend them. It is also human nature to quickly judge ‘others’ based on the self-imposed yardstick by which we measure ourselves and our goodness as human beings. Naturally, we consciously or subconsciously find some type of self-supremacy and thus aggrandize our self-worth relative to those we consider ‘other.’ But in reality, we are not perfect. For one person the most important thing in the world is environmental sustainability and a restriction on plastic. For another, it’s lifting villages out of water borne preventable diseases by providing them with clean water, via plastic bottles. Who is to say what’s more important? Everyone is fighting a different battle, views the world differently and has different priorities. As they say, “one man’s meat is another’s poison.”

I recently causally discussed with a group of people on Christianity and prosperity preaching.

I am a proud person of faith, yet I struggle with, no I am strongly against the direction churches across the world are heading – especially those that creatively siphons money in form or ‘offerings’ and ‘tithes’ from its audience and crucifies other religions as less than worthy. Meanwhile, the head pastor flies around in his own private plane and has fleets of Rolls Royce’s, yet his congregate can barely put clothes on their backs or feed their children. Obviously, I have a complicated relationship with the church and strong issues with overtly organized religions that seek to divide – those peddling Christianity or otherwise. Moreover, from a capitalistic standpoint, in my view, starting a church or a religious sect is one of the best start-up ideas and a fantastic investment decision (although often to the detriment of its poor or vulnerable congregation – yet it has been thriving for many millenniums). This said, I also find solace in some churches, prayers and spiritual services.

Anyway, back to the story I started, someone mentioned how mind-boggling it was that a fund-raising effort that leveraged Christianity and free (albeit seemingly hateful) speech on its back raised more money than other initiatives within a few days. I thought this was a shame, but it was not at all surprising. I responded with something like, “well, this is common because people have different prerogatives. Look at how quickly Notre Dame raised funds to rebuild, whereas people are dying across the world via war, hunger, preventable diseases and political unrest (i.e. the recent crisis in Sudan) and it seems impossible to get them the help and attention, financial and otherwise, that they need to heal.

Notice my segue from Christianity to Notre Dame to people dying across the world? While I care about all three issues, can you guess which I am most passionate about? What this indicates is that people have inherent value systems that they are passionate about and choose to support. Each passion might also come in a hierarchy given the context and their perceived gravity or weight. Our individual decisions on what we support does not make us better or worse than the next person – it just makes us different, and these differences must be celebrated because they are enriching.

Many of us have heard the saying …

“Those who live in glass houses should not throw stones.”

This was one of the many proverbs and adages that defined my upbringing. Yet, I sometimes still throw stones.

“Why do you look at the speck of sawdust in your brother’s eye and pay no attention to the plank in your own eye?” Many religious leaders will benefit from an in-depth study of this one.

I am sure there are also many similar proverbs across the world that calls us to not be too hasty to criticise others, because … well…

“let he who is without sin, throw the first stone.”

Notwithstanding, all I have said so far is not a call to walk through life, passively, in agreement with, or as silent enablers of the many injustices we see in the world. We are not zombies! In fact, I believe that constructive criticism, debate, evaluation and judgment is necessary for the continuity and sanity of the human race. And sometimes ‘speaking up’ could be spiced up with disagreement, non-violent anger, frustration and sarcasm. Instead, what I trying to say is that none of us is perfect, and acknowledging our own imperfections allows us to be more tolerant, less biased, and provides ample opportunities for introspection, learning, unlearning, relearning and growth.

So, what can you do to make the world a better more tolerant place, especially with regards to diversity and inclusion? According to June Sarpong’s Six Degrees of Integration:

Let’s address number 2 (Check Your Circle) in its most micro form.

Who is in your circle of friends? You can (and I challenge you to) start by looking in the mirror.

It is understandable to fall into what we find comfortable and safe by befriending people who are similar to us in upbringing, race, temperament and ideology.

Another proverb I grew up with was “Show me your friends, and I’ll tell you who you are.” There are different variations of this, for June Sarpong, it was “Show me your friends, and I’ll show you your character.” The general idea remains that the people we choose to surround ourselves with mirror who we innately are, what we feel comfortable around, and the society where we feel we best thrive. And there is no shame in this.

Nonetheless, if you are or would like to become a champion for diversity and inclusion, you could start making a conscious choice to become the change you’d like to see in the world. You may begin by assessing the makeup of your friends’ group. And while having one American, Asian, Middle-Eastern, African, European, Latin, straight or queer friend does not automatically mark your diversity and inclusion quota, it is a good place to start.

So I dare you to make an effort to spark up a conversation or have coffee with someone who is in an ‘other’ group than you are (i.e. female, male, LGBTQI, Muslim, Christians, atheists, agnostics, black, brown, white, Asian, heterosexual, those living with disability, liberals, democrats, republicans, conservatives, nationalists, working class, upper class, elderly, youths, immigrants, refugees or asylum seekers). I mean, the worst they can do is ignore you or they might say “crazy person, don’t speak to me.” But in the case that they are receptive to your curiosity – you might be pleasantly surprised by what you learn and what new lease you add to your life.

What will you do today or tomorrow to make your circle more inclusive?

Diversity and Inclusion in the Workplace: Talk less, Do More.

On December 2nd, 2020, Diversify held their first Diversity and Inclusion in the Workplace: Talk less, Do More session. This 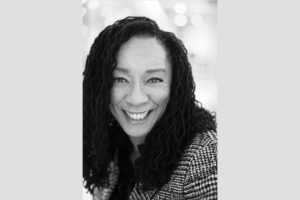 In our opinion, when we think about an ‘international’ woman in Norway, whose name is a both a brand and 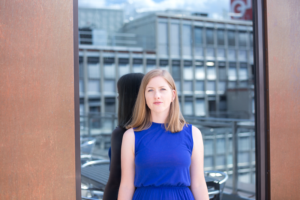 Network for Work (NFW) is an organization that has been on our radar for about a year. A little while