In Norway, I often find the concept of diversity and inclusion puzzling. It has indeed become a buzz word. The government is talking about it, the media is talking about it, startups are talking about it, and at Diversify, it is also being talked about. But how many people, conferences, startups and organizations truly, and I mean really understand what diversity and inclusion entails? I have been interested in many conferences and events with catchy titles or descriptions that I identified with, but then lost all interest when I saw the “speakers” lineup.

In my own way, seeking out these events was a way to connect and find solutions with others across social, professional, and emotional boundaries. However, I often found that the conversation headed down a path without substance – well the type of I was seeking. I ended up feeling emptier after each event. And after attending so many, and having only a few words here or there resonate with me, I decided to take away the power I gave to them – my time and attention. You see, most of the speakers are often white women and men, and barely any (if even) a person of color. Sometimes, there is the token Asian or brown Norwegian person to ‘mark the register’ in a misplaced sense of diversity balance. Does this lineup ensure that everyone is in the room?

I have attended events targeted at elevating the professional experiences of women. They talk about the glass ceiling and how you can break it. They say “work hard, increase your network, reach out to investors,” and then I think, “hmm, if only this was all it took.”

I have been to professional networking events and conferences for women, where more than 50% of the speakers were white middle-aged men, the remaining were youngish hip white men, white women and one person of color.

Diversity and inclusion are not all about heterosexual men and women of the same race being equally represented on a panel, in the workplace or in managerial positions. This same bunch of people are often recycled at many of these events. They have similar cultural experiences and thinking styles, are from the same country, have had amazing careers (kudos to them by the way!), and presumably when gathered in a room they should discuss issues that reflect not only the country but also the converging globe.

When everyone has similar thinking styles, we miss out on a pool of opportunities for fresh ideas to challenge the status quo, so things continue ‘business as usual.’

I have seen events targeted at diversity, inclusion, and mobilizing technological advancement in the startup space to capture all of Norway’s growing diverse cultures, yet the conference/seminar was held in Norwegian. Who cares that many people in Norwegian startups come from different parts of the world and some are still learning the language? Can they too be a part of the conversation?

I have seen events that touches on issues of immigration and integration, and most of the speakers are white middle-aged men from Norway. I’ll say this once – no matter how educated or scholar-ed you are as a White man, you will never understand what it is or means to live in the body of the ‘other’ (insert… black, brown, Asian, Muslim, women, women of color, men of color, immigrants, asylum seekers, etc… as you see fit).

Similarly, you cannot discuss islamophobia, racism or anti-Semitism without people on the receiving end of the hate represented on the panel and in the room.

You should not discuss doing business in Africa, Asia, the Middle East, South America, with only or primarily the voices of people who are not from the aforementioned regions. And do your homework! Assess the views of those you’d invite as speakers before bringing them on stage to spew ignorance – in other words, make sure they aren’t biased, racist or have the white savior complex.

I was recently at one of the biggest conferences in Norway where one of the Norwegian speakers, on a segment on doing business in Africa, said among other things (to a room primarily full of Africans that came from all over the world to attend this conference), that African countries and businesses are corrupt. Fair enough, as that argument can be made. He continued by saying that one can never find such business and political corruption in any European, American or Western companies and countries – (this is false of course, and if you need proof, the Google search function is your friend). He said a lot of ignorant things, that made the audience grumble and those who had the opportunity to speak and set him straight, did – to which I screamed “Preach!” However, he didn’t take a clue. During discussion time, he was approached by an articulate South African man, who mentioned the impact of colonialism in Africa, and middle-aged Norwegian man responds by saying that “colonialism has had many benefits in Africa, as evident in the real estate, good roads and buildings in Kenya, because the colonialists built it all.” No sir, it was built by Kenyans.

I can go on and on but I think you get the point. So, stop insulting ‘our’ intelligence. We see you.

And speakers should also take some responsibility. The greater good is setting aside your incessant need to advance yourself and instead think of the larger group. Diversity is not only a thing you talk about at events, it has moral, social and economic implications. If you are called to speak on a topic for which you know you do not truly represent, understand or embody the role, then perhaps suggest or better still insist on someone else who is better equipped to address the topic. This is not rocket science. I know many people who have done this – although in my experience, they have all been people of color. Why? Because they understand the struggle.

You cannot be what you cannot see. – Marian Wright Edelman

If the goal is to encourage the population and future leaders to strive for greatness, then everyone relevant to the topic at hand should, no, must be in the room. This way, future children of all shades and backgrounds can see themselves reflected. And maybe, a young Muslim girl can say, “look at that intelligent boss lady in a hijab kicking butt and taking names in her field and on the stage. I too wear a hijab; I can do that. I will be up on that panel someday.”

The only way we can tackle diversity and integration head on is to engage with one another. Even when it is uncomfortable. Give voices to those who have fresh perspectives. Not because they are: recycled at similar events; the people you are used to; or might be agreeable to a one-sided point of view that you’d like to peddle. Whatever the goal of your event, conference or seminar, irrespective of the sector, target group, or topic at hand, if diversity and inclusion are part of your larger purpose then ask yourself:

“Is everyone in the room?“ 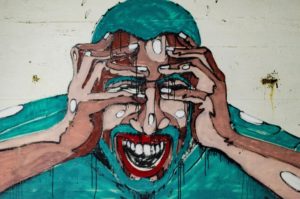 “You Are His First Negro.”

My partner has a deadbeat childhood friend. Let’s call the deadbeat friend, “Dick,” and my partner, “Milan.”  For Dick’s newly born 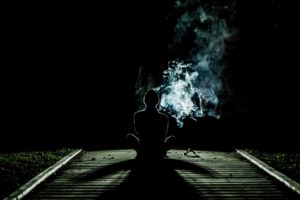 My First Time: Navigating a Racist Experience in Norway

The very first time I felt the full-fledged traumatic effects of racism was in Norway, in 2017. I went to 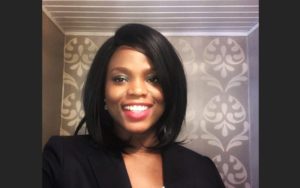 At Diversify, we are forever smitten by women who put in the work. They never cease to amaze us. Elizabeth