Barnevern Crusades: The Audacity of Justice, Power and Bias.

Lately, I have been speaking to many parents and parents-to-be on their views of raising children in Norway. I ask questions around healthcare, kindergarten, standard of education, and the general welfare and state of mind of both parents and children.

Most Norwegians and foreigners alike admit that the healthcare system is pretty solid. Of course, you might end up with an incompetent GP, but nevertheless, you can access the care you need. The standard of public education is sufficient – in terms of academic achievement, it may not be comparable to an IB or British curriculum, or private schools readily available in many countries across the world – for providing children with the basic skills they need to thrive, so it does the job. When I inquired about the kindergartens – for many, it’s the familiar, albeit a few odd cases and experiences here and there. Furthermore, when speaking with families where both or at least one parent is foreign, a new world opens up.

First, they clarify that in practice, the Kindergartens are great help. It is significantly cheaper than in other Western countries, it encourages an enviable work life balance, and frees up time for parents to work or do other things during the day. It also allows the child to learn necessary skills – e.g. team work, social interactions – and further assimilate the societal culture – something that is incredibly important in any country.

However, I found it interesting that for most families where both parents were Norwegian, they almost never mentioned potentially being afraid of being called into the kindergarten to ‘discuss’ their children, and even more troubling having Barnevern (the Norwegian Child Protection Service) involved in the process with a clear and present risk of having their children taken away from them. This was a point that came up frequently with the families I spoke with where at least one parent was foreign.

Of course, I thought these were absurd. I am not a parent, but hearing stories like these made my blood boil. First, as a non-Norwegian, I find it unusual that people eat cold food for breakfast and lunch – unusual but understandable given different cultures and way of life. In other words, it is alright that for some families, eating primarily bread and pålegg (i.e. butter, tubed caviar, cheese, salami) is perfectly fine. And for some families where eating warm food (vegetables, rice, pasta, lentils, and buckwheat) for breakfast, lunch and dinner is the norm, it is also equally acceptable. And when did being a tidy and well-behaved child become a cry for help or cause to worry? So, I decided to do some research on Barnevern and it turned out that the cases above were just scratching the surface.

It appears that both Norwegian and non-Norwegian parents alike have had cringe-worthy, life altering, and traumatic experiences with Barnevernet, who are quick to separate children from their families with little justification, particularly where one or both parents are of immigrant background.

Now to be clear, the Barnevernet (like most social services systems across the world) is right to follow up on cases where any type of violence or abuse has been reported. It is therefore expected that their primary mandate would be to thoroughly investigate claims, help children in families, and where possible, not remove children from the comfort of their homes. And without exception, if there is evidence of violence and abuse, then yes, children should be swiftly removed.

This said, it appears that Barnevern intervenes all too quickly in cases, spreading propaganda type rhetoric for its ongoing crusade, to “save” children, by sometimes removing them from loving families and homes – and placing them in homes of complete strangers, where their safety is not guaranteed. In a just legal system, you are innocent until proven guilty. However, it appears that when going up against Barnevern, you are guilty until proven guilty. Their show of concern appears to be tyrannical in nature and they seemingly wield a God-like power.

An interesting point of research would be to study the experiences of every child forcible taken away from their parents. What happened to them? How are they faring as youths and adults?

Here you can read the story of Leen, the daughter of Palestinian parents who received asylum in Norway. Leen went to school one day and did not return, while her family worried and searched aimlessly for her. Hours later, social services turned up at Leen’s home and asked her family for her belongings because she had supposedly told the nurse at school that she had been physically abused at home. She was first taken to a foster care home, where she had become depressed and started self-harming, after which she was moved to another care institution and thereafter, a hospital where she was treated with anti-psychotic drugs. She was also given other medications for the side effects of the anti-psychotic drugs. After a year in the ‘system,’ Leen eventually ran away, met up with her mom, who took her to Poland, where they are once again, seeking asylum, this time, from Norway. Speaking from Poland, Leen clarified that the original allegation of abuse was made by another child at her school, where she was being bullied.

You can also read about Cecile here, whose daughter was taken away from her based on a report done by two experts. One of whom, some years later, was found to have been downloading images and videos showing sexual abuse or sexualisation of children for over 20 years (including some videos of infants being raped). How can this predator’s judgement of the wellbeing of a child be trusted or used as basis to remove a child from her home?

The more I researched Barnevern the more exasperated I became. Over the following days, what I thought was irritation became worry and then slowly turned into fear. I would like to have children someday, and without an iota of doubt, I know that I will love, protect and provide for my children with every fiber of my being. But a serious point of contention for me is whether or not I’d like to raise my child in Norway. Yes, Norway is a safe place to raise children and has a good healthcare and social system, but so does the UK, the Netherlands, Austria, Canada, Finland, New Zealand, Denmark, Sweden and Switzerland to name a few.

While not a parent yet, I can imagine that one of the scariest things would be to have your child forcibly taken away from you. One might argue that if you do not abuse your children, then you have nothing to worry about. But I am inclined to disagree as this doesn’t seem be the case where Barnevern is concerned. My future child will more than likely eat warm food for breakfast, lunch and dinner, and I will encourage him/her to strive for academic achievement. And if it so happens that they are academically inclined, I refuse to be called into the kindergarten to discuss this, unless of course it is about how they can further enable them to excel.

Kindergarten staff members should study more about diversity and cultures, given the enormous responsibility they have of caring for and contributing to raising a diverse group of children who will become tomorrow’s leaders. Is it odd that in a society that advocates individuality and diversity (at least, adamantly on paper), that some people would insist that children dress, eat, and behave like typical Norwegian children? And by the way, who are typical Norwegian children? Please define, I’ll wait.

All people are born equal. But people are not meant to be alike – otherwise we should bury the concept of individuality and watch businesses fail and countries break down.

As a foreign national who has in many ways, integrated into the Norwegian culture, who I am – my cultural heritage and norms are still very much embedded in my DNA. I was raised with strong values – values that I find to be universal. I, as do many people in Norway and the other 194 countries in the world believe, violence and abuse are unacceptable in all its forms, for children and adult alike.

Consequently, the type of work that Barnevern was established to do is imperative because there are some sick and violent people in the world and children need to be protected from them – parent, family members and friends, or complete strangers all the same. And I am sure that in more ways than one, they have been a light at the end of the tunnel for many children and youths. For this they should be applauded, respected and enormously valued.

This said, the fact that the Barnevern has come under major scrutiny over the past couple of years indicates that they are not perfect and as such more work needs to be done. The problems identified within the organizations needs to be faced and possibly reformed.

I recently read a fitting quote by James Baldwin on the Diversify Facebook page.

Given the concerns of parents, it appears that Barnevern has a single blueprint or hand book, that they strictly adhere to on how children should be raised, without regard for different cultures and diversity. I imagine that from their vantage point, there is apparently only one way of raising healthy, safe, and happy kids – the Barnevern way. This is perhaps an area that requires a re-evaluation. To this point, I wonder: Norway is a country of 5 million people, of which 17% are of immigrant backgrounds – this includes first and second generation immigrants. How is this diversity reflected in the ways in which children are raised with Barnevern on the loose?

As of April 2019, the world population is recorded at 7.7 billion. Norway and its population are relatively, a speck of dust where the world’s people are concerned. My questions here are, if the Barnevern’s way is the only “right” way, then how are the billions of people raising children abroad surviving? How are the kids turning out to be healthy, safe, and contributing members of society? Shouldn’t they all be damaged for their parents not having done it the Barnevern’s way?

I don’t have answers to the Barnevern’s internal and external problems or solutions for the many innocent people (Norwegian and foreign families alike) who are negatively affected. What I do know is that I am worried, and honestly afraid, of sending my ‘diverse’ child to a typical Norwegian kindergarten. I am worried that I will be limited in my ability to raise an independent, free thinking, and charismatic child in Norway, because the Kindergarten might call me in for a meeting or Barnevern will someday show up on my doorstep – not because my future child would have reported an abuse, but because a staff member or some random person would have tagged him/her as ‘different’ from ‘us’ so this must be abuse or a cause to worry. 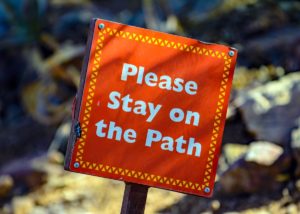 The Diversify Blog is a factual, practical and emotional sharing platform that encourages people to share via writing and other 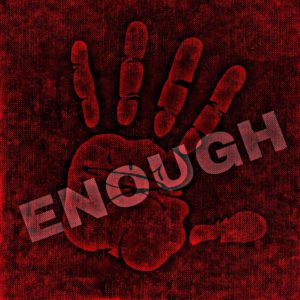 Whitesplaining can be defined as the unconscious, unjustified and unassessed benefits of prejudice. It is when a white person attempts 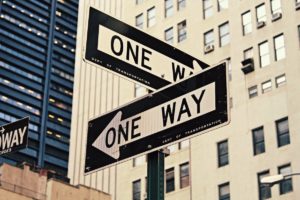 Biculturalism: My Life as an Immigrant in Norway

When I landed in Norway, in the middle of the night, I remember it was cold. I was 9 years